Lying between Trinidad and the open ocean, the island of Tobago measures only 41 by 14 kilometers. For a long time almost unknown to tourists, recently it has been developing at an amazing rate, demonstrating an almost two-fold increase in the number of guests every year. And this is not surprising – a luxurious underwater world, untouched nature, deserted shores and lush tropical forests – these are the main “trump cards” of this island. 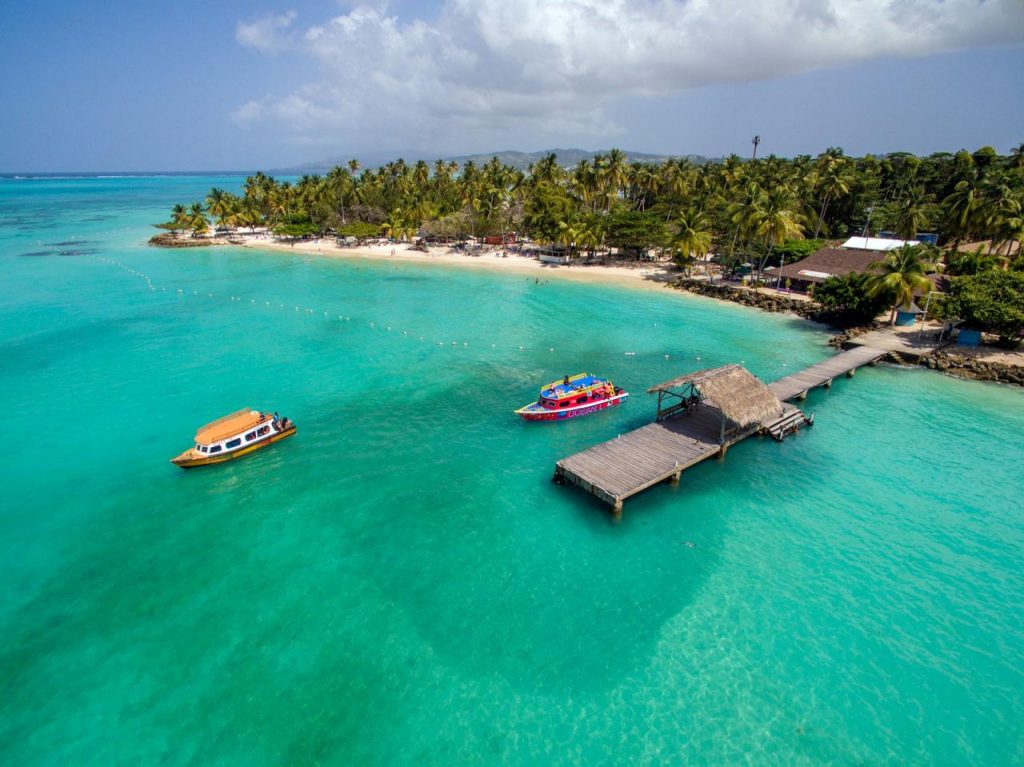 Tobago, like its southern neighbor, was also discovered by Columbus and captured by the Spaniards. However, unlike most other islands in the Caribbean, there have never been serious attempts at colonization, although in the 17th century the British, French, Dutch and even Latvians fought for the right to own the island! In 1704, the island was declared a neutral territory, but after the pirates set up their base here, the British established their colonial administration in 1763. In 1888, Tobago merged with Trinidad, in 1889 it received its own independent legislature, and since 1946 it has become a self-governing territory within the Federation of the British West Indies. In the early 60s, Tobago, along with Trinidad, sought the right of internal self-government, and in 1962 both islands received full independence.

The administrative center of the island and its main port, the prosperous city of Scarborough (population of only 18 thousand people – a third of the population of the entire island) is almost completely devoid of tourist claims. Running up the slopes to the top of a hill crowned with a lighthouse, the city became the capital of Tobago in 1769 (then called Port Louis), replacing the city of Georgetown in this “post”. Even today, Scarborough is very small, there is not even regular public transport, since almost all of it can be walked around in just an hour and a half.

And its main landmark is the mighty King George Fort, built by the British in 1779, towering 47 meters above the city. The old stone walls of the fort are crowned with the same old cannons, which still look out over the strait between Trinidad and Tobago, and the numerous buildings of the fort have been carefully restored and today host most of the tourist facilities of the capital. It houses the local Crafts Center (open in the building of the old hospital from Monday to Friday from 09:00 to 13:00) with a small landscape park, the Tobago Museum (opening hours – from Monday to Friday from 09:00 to 17:00, admission ticket TT$5 adults, TT$1 children) with a small but very informative collection of Native American and colonial artefacts, as well as the Tourist Office and the beautiful red brick old Weem Plantation building. 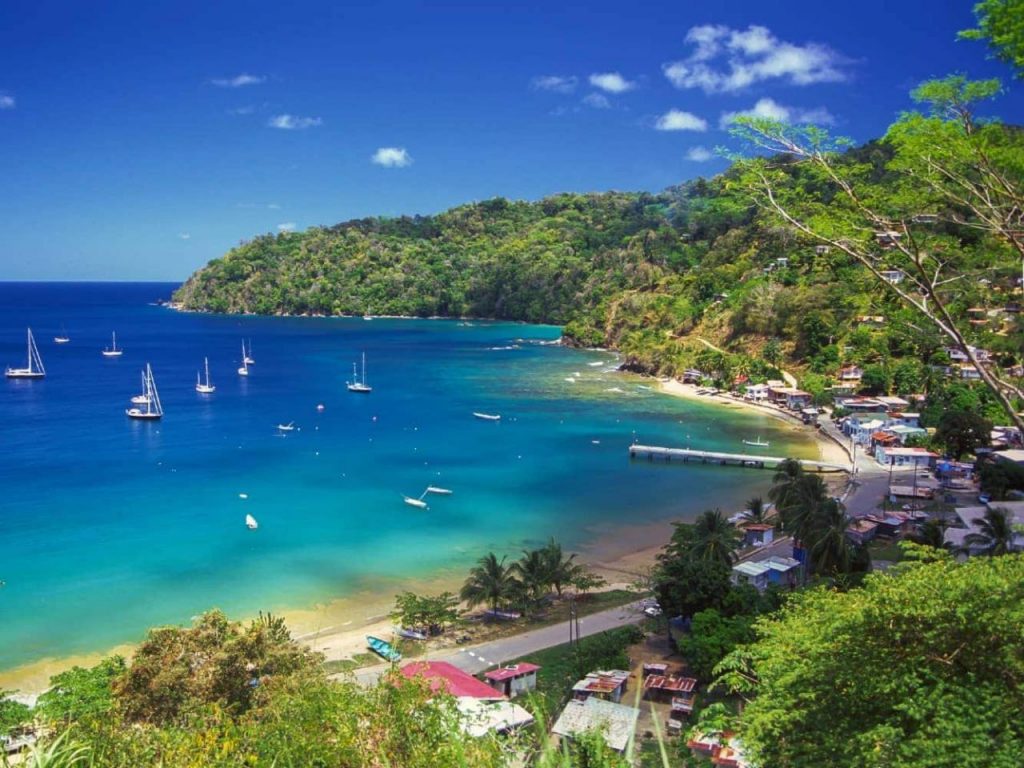 The Atlantic (windward) coast of the island is a narrow and winding strip sandwiched between the southern slopes of low hills and the coastline. From the capital, the Windward Road runs the entire length of the narrow coastal plain, providing both a link between the tiny villages on the coast and fantastic views of the Atlantic waters and tiny, forever shrouded in spray islands. Local attractions include the villages of Mount St. George (Georgetown, the first British capital of the island), Goodwood, Roxborough, Goldsborough and Pembroke, the colorful First Historical Cafe in Studley Park, the beautiful building of the old sugar plantation Richmond Great House (XVIII century, now there is a hotel, a restaurant and an extensive collection of African art and textiles), Argyle Falls (the highest on the island – 54 m), beautiful Kings Bay (one of the few places on the coast that has a good beach with a fairly developed infrastructure), as well as the Speyside and Little Tobago Island conservation areas that protect nesting sites for many seabirds.